This film is based on Kenji Miyazawa " Wild Pear ".

Here are two little stories of the bottom of a little valley brook.

Scene of May. On the bottom brightened by the gold of sunbeams. Two tiny young crabs were playing riddles about Klammbon. Klammbon were killed by a fish, a fish was taken away by a kingfisher, and Klammbon ware born laugh again. Father crab cuddled tiny crabs scared of endless cycle of rebirth. Mountain cherry blossoms floated past as telling the end of spring.

Scene of November. In quiet night of the moon bright. The younger crabs had grown rather big were playing to blow bubbles at the ceiling. Suddenly, a big wild pear fell and floated. The three crabs chased after the wetly bobbing pear to smell good. The pear got snagged in a branch, and stopped. And above, it, a halo of moonlight, broken into rainbow colors, gathered in a misty softness. The three crabs, father and sons, have decided to wait to become ripe and delicious sake, the pear. So they went back to their own hole. 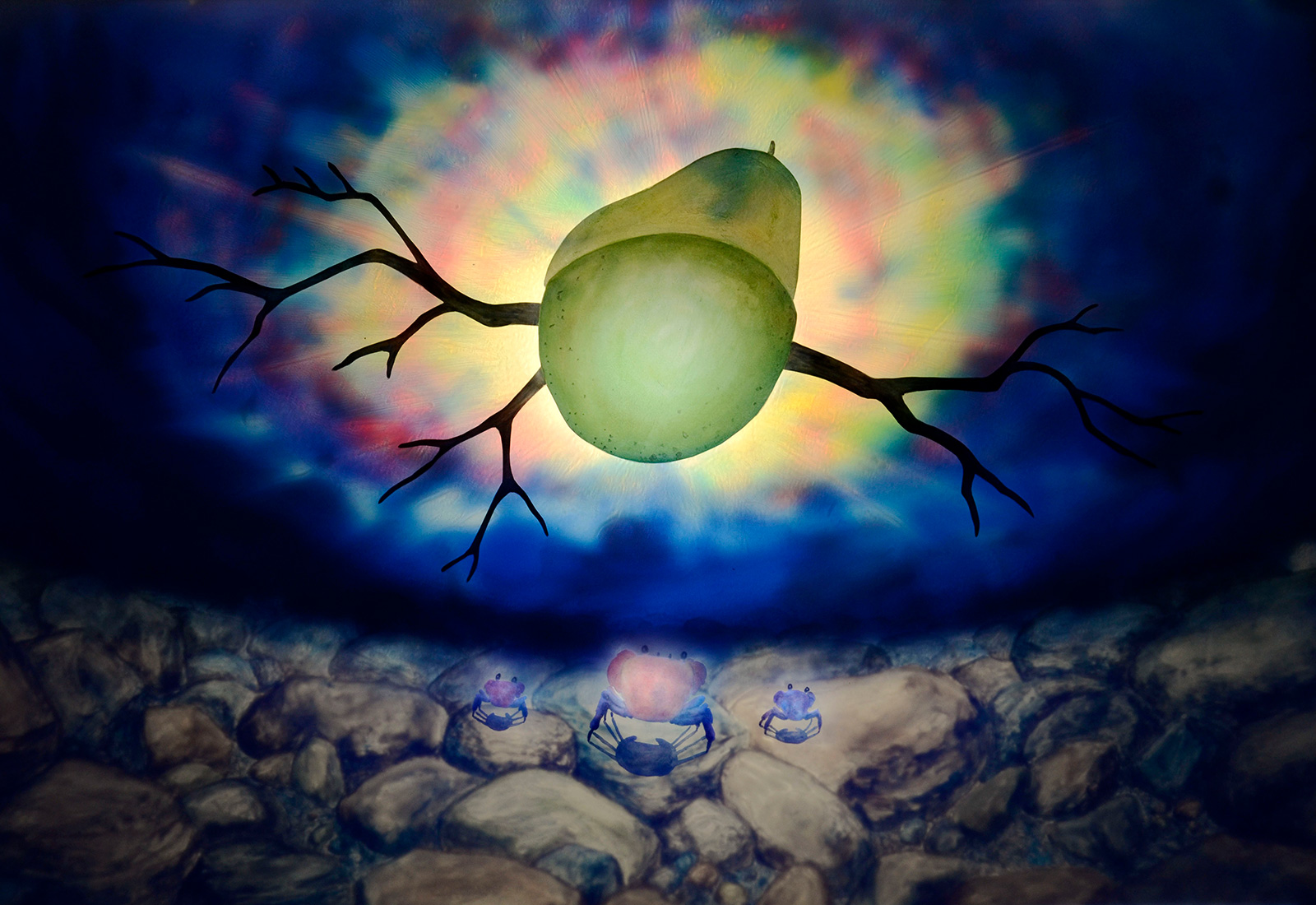 There are a variety of "blue" in Kenji Miyazawa's works. He expressed "blue" in mineral, nature scenes, chemical phenomena etc. His "blue" has clearly silence and bright. I feel loneliness and fear from his works. On the other hand, it has something for us to find what a wonderful world. People in the early 20th century lived in poverty by several earthquake disaster and famine. Kenji worked hard in agriculture for their life and said the words for human mind.

In 2010, I've started making the animation work " Wild Pear ". Kenji Miyazawa's " Wild Pear " reminds me of the world that I felt in my childhood. Growing up, we could no longer see the tiny precious things. I hope that the audience feel the value and the beauty of those by my animation. I never change my mind after the huge disaster in March 2011.

Based on Kenji Miyazawa

Music from "Suite For Toy Piano" composed by John Cage